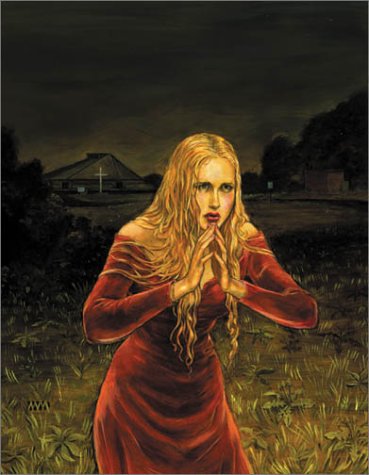 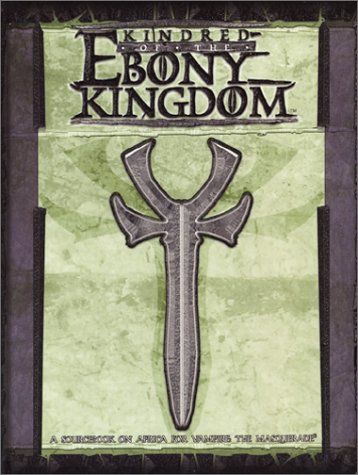 Kindred of the Ebony Kingdom (Vampire: the Masquerade)1 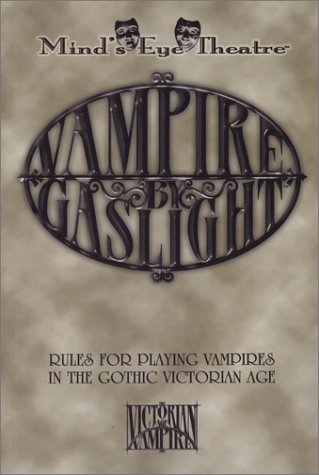 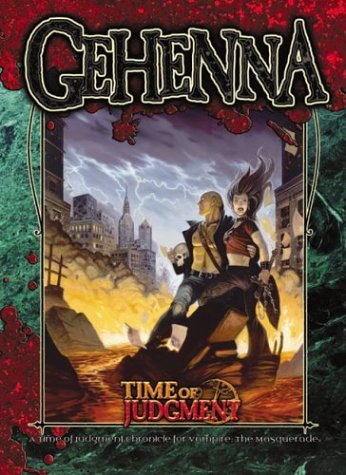 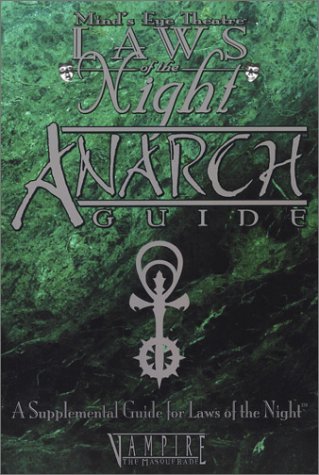 Anarch Guide: A Supplement Guide for Laws of the Night (Minds Eye Theatre)1 Garden of Pathos is a mostly silent game involving arts & crafts and body movement. Most of the players portray poisonous or carnivorous plants in the legendary witch Baba Yaga’s greenhouse. These giant, magical plants once were human, but were transformed into plants long ago.  Plant players communicate by drawing what matters to them on paper leaves attached to their clothing, and by moving their bodies in whatever ways seem logical for the plant they’ve chosen. When a human intruder appears, will the plants help, trap, or eat them?

This game was written for the Golden Cobra Challenge 2019, aiming at the category “Best Use of Silence or Nonverbal Elements in a Game”. It did not win that category, but I’m proud to say it received an Honorable Mention from the judges. I hope it will give players some insight into their own personal symbolism. It may help develop empathy for deaf or non-speaking autistic people. Got Your Number…? is probably my weirdest (and queerest) game to date. It began as a thought experiment: Could I write a fully fleshed-out freeform larp about sentient numbers? I wrote a draft, but it felt a bit muddled, and I wasn’t sure what the themes of this game were going to be. At first, all I knew was that I wanted to try to win the “Best Game About Something No One Writes Games About” category in the Golden Cobras for 2018.

I happened to read some brilliant writing on identity and prejudice in my Psychology of Gender class, and suddenly my revision process became clear. This game was about stereotypes and systemic prejudice. I’m happy with it because it deals with these subjects in a way that’s almost entirely divorced from real-world human stereotypes, relying on numerical and linguistic symbolism instead. It lovingly satirizes relationships a little, especially polyamorous relationships such as those favored by the author.

This game’s alchemy comes from provoking critical thinking about prejudice, stereotypes, privilege, and relationship styles. The mask-making portion might also be cathartic or personally revealing for some players.

Goo-goo Ga-ga: My entry for the 200-Word RPG Challenge 2018. This game was my attempt to answer the question, “What might it feel like to be a newborn baby?”

It’s mostly about sacred play. Its alchemy might come from how no one remembers their first year of life, nor do we really know what babies are thinking. Perhaps this game will help players to communicate with their inner baby-self when it throws a tantrum and mentally shouts “NO NO NO!” or “I DON’T WANNA!!!!”. Cerebral Cortex Speed-Dating: I wrote this game to illustrate alchemical gaming at Living Games Conference 2018. It’s simple, but we all had a lot of fun playing it. Each player chooses a favorite character from history or pop culture, and all the characters meet and get to know each other a little. The in-character goal is to find the best role model for the child whose mind these characters live in; the out-of-character goal is to find out what you can learn from whatever you admire about all the characters in the room. This game’s alchemy depends upon picking a character who matters to you, and committing to getting inside their head for a little while.

I made a variant version of this game for Greater Pittsburgh Pagan Pride Day 2018. It’s called Whose Deity Is It Anyway? Dirty Laundry: My first game about shadow work that I felt really succeeded at being fun to play. It’s intended to help players to see difficult people in their lives in a new way, or at least to understand them a little better. Players each portray a different archetype of “that relative no one in the family really likes”, such as the nosy aunt, the vaguely racist uncle, the corporate stooge, or the smelly stoner hippie. Then it’s time for a holiday dinner, which wouldn’t be complete without bickering, arguments, accusations, and outright shouting. This game’s alchemy depends upon players having sufficient trust and/or sense of adventure to be willing to commit fully to being awful to each other in-character for an hour or two. Because it can be very intense, debrief and de-role exercises afterwards are strongly recommended for most players. Written for Golden Cobra Challenge 2017. Masks: A game that I think of as a solid attempt at facilitating shadow work for players, but maybe a little heavy-handed in retrospect. The players choose a fictional universe they’re all familiar with, and then portray characters from that universe in a psychological support group. This game’s alchemy relies on many players’ increased comfort level talking about their own struggles when they have a good alibi – in other words, a character to provide some shielding for their ego. Or as Oscar Wilde once put it, “Man is least himself when he talks in his own person. Give him a mask, and he’ll tell you the truth.” Written for Golden Cobra Challenge 2016.

Tales of the Forest: A game about animals coming together to tell stories, as in African folk tales or Aesop’s fables. Personal alchemy in this game relies primarily upon choosing an animal with desired characteristics, such as bravery, intelligence, or cunning. It also works well for spiritual players who want to explore a devotional or working relationship with an animal totem, such as Fox, Turtle, or Snake. Written for Golden Cobra Challenge 2015, but I missed the deadline, so it’s not in the anthology for that year. I revised and reorganized this game in 2022, and it is currently in playtesting.

Other Games I Admire (Not Written by Me)

Better Me: The Game of Growth is a totally new approach to relationships and personal development.  It challenges people to take action to improve themselves and their life, and strengthens relationships by helping people understand each other in a deeper and more meaningful way.

The game brings up interesting topics that don’t normally come up in daily conversation, allowing players to quickly learn about themselves and their fellow players.  And all in an encouraging and fun atmosphere, with no pressure or judgment permitted.  When was the last time you told a group of people about a past accomplishment that you’re proud of, or had a game challenge you to write a thank you letter to a loved one?

Better Me also harnesses the power of accountability.  Any player committing to an action must find an accountability partner to help make sure they follow they follow through on their commitment.  Both players write down the action to be taken, and the target completion date on their game sheet.  This accountability strategy is key to insuring that players take action and grow.

Bluebeard’s Bride, a game of feminine gothic horror, is perhaps best described as “a gorgeously illustrated psychodrama faerie-tale in which the players take on the roles of aspects within a single woman’s psyche”.  For female players, it offers the possibility of emancipatory bleed; for others, it may improve empathy for and understanding of the challenges women face due to sexism and subjugation in patriarchal societies. It seems clear that for any player, Bluebeard’s Bride represents an opportunity to delve deeply but safely into specific forms of trauma and the darker parts of the human mind. This game could not be more perfect for those whose alchemical gaming involves shadow work, or any fan of horror games who might enjoy a deeply personal, collaborative narrative experience.

Critical Core is a social-skills intervention in the form of a tabletop role playing game. Developed under the guidance of therapists and child psychiatrists and using the practices developed by Game to Grow’s founders Adam Davis and Adam Johns, the game invites children to enter a shared world of fantasy, consequence, and social problem solving.

Critical Core combines modern developmental therapies with the mechanics of tabletop role-playing games to help kids connect with their parents, their friends, and the world around them. Players learn communication and collaboration skills, develop frustration tolerance and emotional resilience, and build empathy for others, all while rolling dice and having fun.

Critical Core is for anyone who wants to support the autistic community with a new and innovative intervention. Critical Core will help game masters align their games to provide specific supports to autistic players, supported by the methods and strategies used by experts in the field.

Dream Askew and Dream Apart are beginner-friendly roleplaying games of belonging outside belonging. They give you tools to tell a story about marginalized people living together in precarious community. In Dream Askew, that community is a queer enclave enduring the collapse of civilization. In Dream Apart, it’s a Jewish shtetl in a fantastical-historical Eastern Europe. They both feature a no dice, no masters system that emphasizes collaboration, shared ownership, and character-driven play. You can check out the most recent playtest versions here and the Kickstarter here.